The Saudi Arabia vs Mexico match, which was played to determine who would advance to the round of 16, was ultimately fruitless. At the Lusail Iconic Stadium on Thursday (1/12/20222) early in the morning WIB, Mexico defeated Saudi Arabia by a score of 2-1. But they were not successful in moving on to the next round.

Henry Martin’s flick gave Mexico the lead for the first time in the game at the 47th minute mark. The direct free kick that Luis Chavez took in the 52nd minute gave Mexico a second advantage, which they immediately put to use. Salem Al-Dawsari scored a goal for Saudi Arabia in the 90th minute plus the sixth additional minute to bring the score to 1-2.

The victory was not enough for Mexico to advance out of the group stage. Mexico has a lower goal differential than Poland, despite the fact that both teams have four points each.

The Kingdom of Saudi Arabia was unable to avoid finishing in last place in Group C. After claiming victory in the opening match against Argentina, Saudi Arabia went on to suffer defeats at the hands of Poland and Mexico in the subsequent two games.

Both Mexico, who needed to score a lot of goals to qualify, and Saudi Arabia, who still needed three points to qualify, kept the game open from the beginning. Mexico eventually qualified. Mexico, on the other hand, devised a more responsible strategy.

The speed of Mexico’s players made it much simpler for them to get through Saudi Arabia’s defense. Mexico had a significant advantage in this matchup. During the first half an hour of the match, Saudi Arabia was only able to record three shots.

Additionally, Mexico is on top when it comes to having possession of the ball, reaching an impressive 60 percent. Hirving Lozano and the other people involved in the project built attack after attack. The primary issue is that no one has a chance to score a goal in the current situation.

In point of fact, reports came in from Henry Martin, Orbelin Pineda, and Alexis Vega stating that Mexico was in possession of favorable opportunities. The luck of the draw continues to be against Mexico in terms of their ability to score goals.

Proceeding to the next round

Mexico did not start to seriously press their advantage. Mexican players moved quickly to surround the Saudi Arabia penalty box. After that, Martin managed to get feedback from Cesar Montes.

After that, Mexico increased their advantage in the next minute, extending their lead to 2-0. Saudi Arabia’s goal was shocked by a direct free kick taken by Luis Chavez. This is the second time Saudi Arabia has been thrilled. 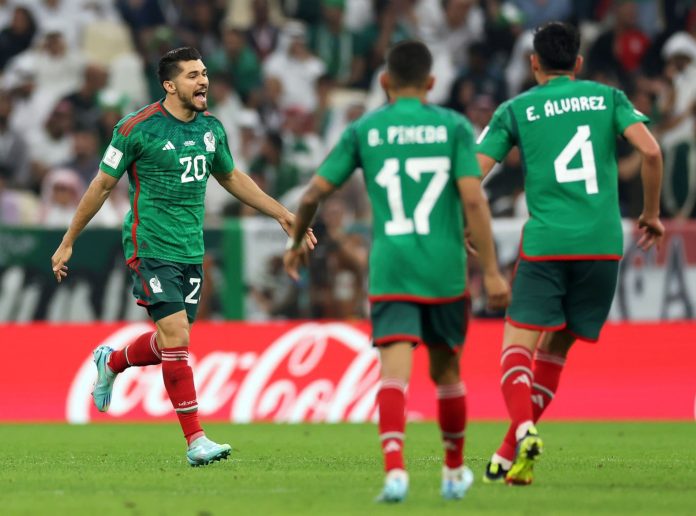 After that, Mexico was finally able to take full control of the game. Saudi Arabia’s onslaught poses an even greater threat. The result, on the other hand, was not as fortunate as the two quick chances presented early in the second half.

Until the end of the match, Mexico was able to release 26 kicks on goal which were defended by Saudi Arabia. The built XG hit 2.10 at its highest point.

The Mexican defense was caught by surprise, which resulted in the team not being able to score any additional goals. After a quick one-two between three Saudi Arabian players, Al-Dawsari was able to get a one-on-one chance against goalkeeper Ochoa. He took advantage of this opportunity and scored in the 90’+6 minute.

Isco reportedly rejected the offer to join Saudi Arabian side Al-Khaleej like his former teammate Cristiano Ronaldo did..